A 24-year veteran of the U.S. Army and retired Army Chemical Officer, David Jones taught nuclear biological and chemical warfare defense to military personnel all over the world.

Being recognized as a weapon of mass destruction expert, six months after 9/11 occurred David was recalled to active duty. He spent the next 22 months in the Middle East traveling to 16 different countries conducting vulnerability assessments on US interests in the area.

David is a retired emergency management specialist for DHS and has worked with Pennsylvania Emergency Management Agency, NASA and US Air Force Global Strike Command where he was the only civilian on a nuclear weapons accident response team.

David has a Bachelor’s degree in Criminal Justice, a Master’s degree in Security Management and has numerous awards from the military and civilian organizations. His most amazing accomplishment to date
was that he became a father for the first time at age 50. 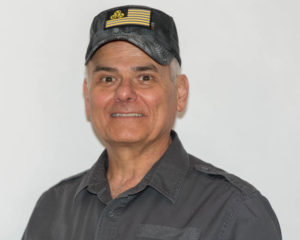