Lisa Preston was born in Alaska and grew up in the timber town of Prospect, Oregon where
stores and entertainment were an hour away. Lisa was raised to appreciate the outdoors and
not to rely on conventional living. Hunting, fishing, huckleberry picking and wood gathering (10
cords a year) were not only family traditions, but a way of life.

Lisa’s father was a teacher and Principal and her mother was a school bus driver at the local public school where Lisa graduated in a class of 11. She decided to follow her father’s footsteps and become a teacher. Since then, Lisa has had many vocations ranging from forestry and forest fire fighting to owning and operating her own trucking company.

Lisa moved to Florida almost 20 years ago and began teaching again. While teaching Civics, she began to realize one of the biggest voids in our educational system was teaching about the monetary system and how it impacts every socio-economic area. The one topic, being money, that overlaps almost every area of life from family to business has not been, and is not being taught in school, or even college. She realized the reason people struggle most with money is the lack of knowledge.

Lisa left teaching about 5 years ago with the mission of educating people about how money works, so the possibility of generational change could be possible for everyone. She believes that empowering people in this area will ultimately provide the necessary tools to take control of their finances as well as help everyone to the path of financial independence. Lisa will be speaking on the area of assessing income and outgo as well as how to get money to work for you.

Getting Out of Debt
Financial Planning & Investing in the Future 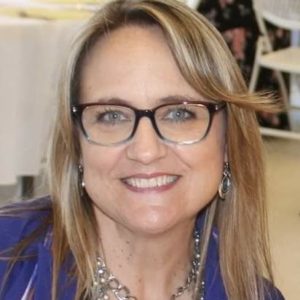